Vote! It is your duty.

I love unearthing history, especially if it involves something connected to me or my past. A few years back my Aunt posted an article on Facebook that she found in some old family memories. The article was dated August 10, 1955 and the title was “Blind Voter Sees his Duty”

The blind voter was my Great-Grandfather Hammond who passed away before I was born and I have only seen a handful of pictures of him. I know very little about him except what I have heard second-hand from my mother and my Papa. If looking at the facts that I know about him, he was a farmer who was born in the late 1800’s who was a father of 17 children.

Yes! You read that right, 17 children. I remember asking my Papa what they raised on their farm, he cracked a smile and said “kids” then let out one of his huge bellied laughs that he was known for.

Not only was my great grandfather a father of that many kids, but he was also a grandfather to close to 100 kids. By the time you get to my generation on the family tree, I am a part of 200 great-grandkids. People say that they want to leave a legacy, this is the very definition of legacy lived by a man of few words but some great actions.

From what I have been told, Great Grand-Father was a hard-working man of few words, but he led by example. He raised a very large family during the Spanish Flu and the Great Depression, and he instilled duty, humility, and honor into all of his children and grandchildren.

I felt a lump in my throat when I first read this article, not just because I got to see a glimpse into my family history, I felt like I met this larger than life figure who was the Patriarch of so many. The short write up with a picture in a small hometown paper speaks volumes about the man he was and the legacy he left behind.

Blind Voter “SEES” His Duty– Regular voting is a duty of every citizen as W.J. Hammond, 82 of West Pelzer “sees” things. “I have and will vote as long as I can,” he said yesterday when he showed up to cast his ballot in the West Pelzer municipal election. “Folks who don’t vote got no right to sit around and complain about government,” he adds. Although blind for the past eight years and in need of assistance to get to the polls, he never misses a city, county, state, or national election. His daughter Eunice Hammond accompanies him.

For a man of few words he sure spoke a lot of truth in that quote. I am a firm believer in your actions speak louder than words. I am thankful for the legacy passed down from a Great Grandfather that I never met, but feel so connected to after discovering this article.

If an 82-year-old blind man in 1955 could make his ways to the polls you can too! America is a great country and We The People are who makes it great by letting our voices be heard.

I take my own children with me to the polls because I want my great-grandfathers legacy to continue with them. What will your legacy be? 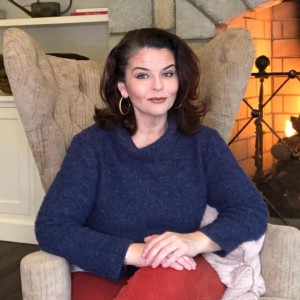 Being “Over” Quarantine… but Murder Hornets and Mullets are on The Horizon.

You Never Know What’s Around the Corner

Clipping the Wings of a Social Butterfly

Oh The Places I Wanna Go

This site uses Akismet to reduce spam. Learn how your comment data is processed.